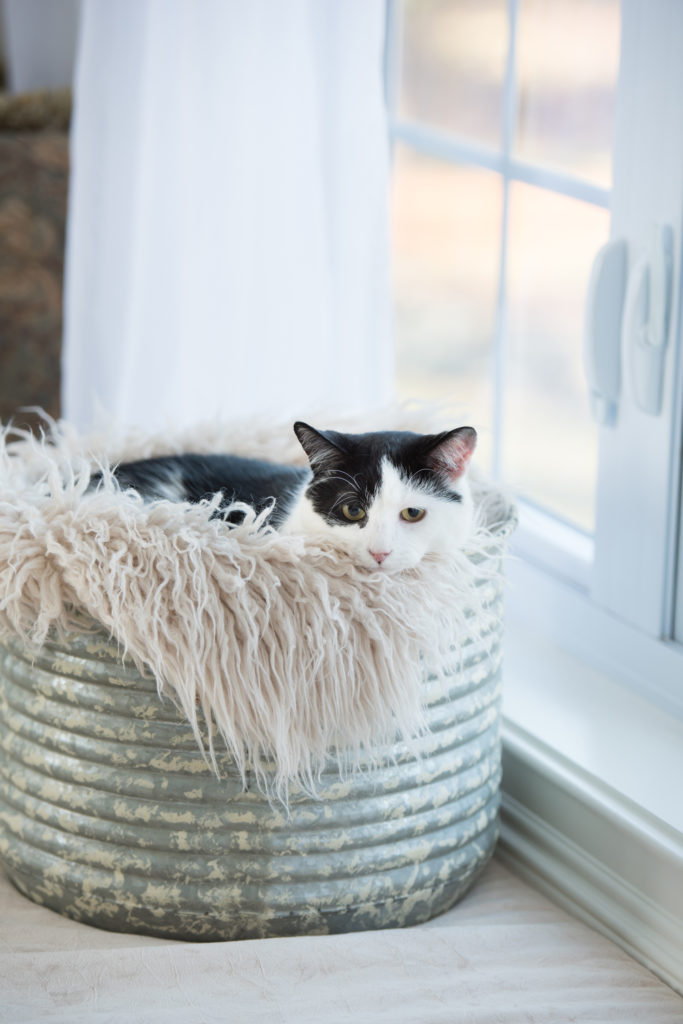 The “Tails” and Lessons of DOCCS

Christina Calabrese stepped out of the Ulster Correctional Facility on a bitter snowy day in January two years ago. As an attorney, she had taken a deposition there. Ahead of her was the 80-mile trip back home to the Capital District. She had only driven a few yards when something caught her eye. What was that flash of black and white? Something tiny moving in the adjoining wood lot.
Was that furry something out in the woods prepared for this cold weather? She had to check it out so, in business suit, she climbed over a stone wall and into the snow. There it was, barely moving – a tiny kitten, likely only a few weeks old. “I kept reminding myself of the three dogs and a cat, already part of the family back home in Niskayuna, but I just couldn’t leave him,” she recalled. Christina scooped up the ball of fur and wrapped him in her scarf.
His condition looked so precarious—signs of mauling with cuts and a bent tail—that she drove him to the first community and looked up a veterinarian. The vet confirmed her concern. Yes, the kitten had been mangled by other animals, infections had taken hold, mites were present, there was a hip problem, and, by the way, an X-ray showed remains of a mouse. The future was in doubt for the fragile little one. There were decisions to make. “I thought that if the vet could stabilize him, I would take him to our family vet,” Christina said. 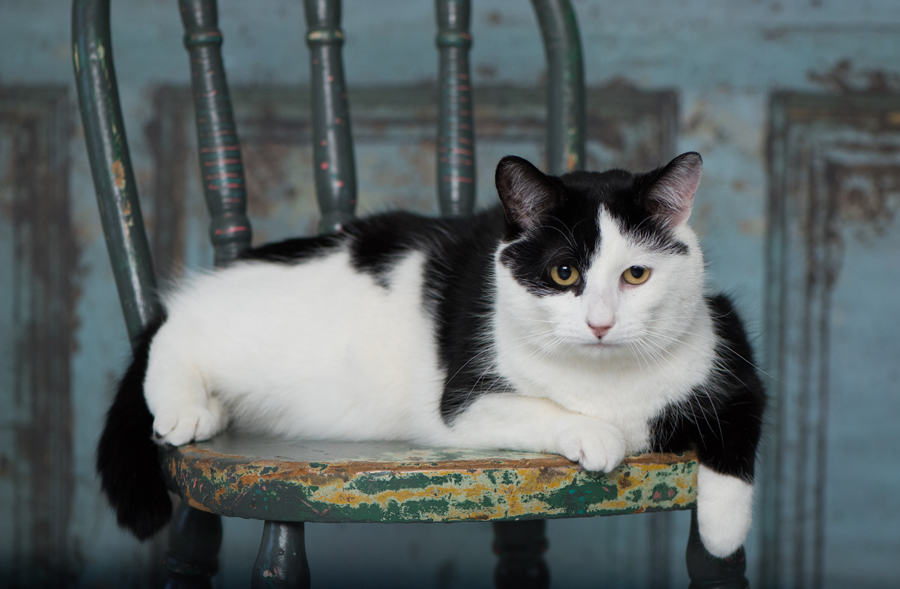 What’s in a name?
As Christina and kitten continued on the trip back to the Capital District, the power of a name came to mind. After all, a cat that is out and about needs to have an identity. “I decided to call him DOCCS,” since he was found near the Department of Corrections and Community Supervision facility, Christina explained. When she told her family that she was eager to tell them about DOCCS, they weren’t expecting a tale about a kitten’s tail and more.
The next step was a visit to the Adirondack Veterinary Clinic in Ballston Spa for an external/internal nose-to-tail exam and some treatment. The checkup turned into a five-day stay, most of which, the clinic covered the cost of, allocating the treatment as that of a rescued animal. “After about a week of in-patient care at our amazing vet, DOCCS made it!” Christina said. Finally, DOCCS began to respond to medication to get his infections under control. The plan had been to find someone to adopt DOCCS once he gained strength and was, in essence, back on his paws. However, the Calabrese kids, then ages seven and five, had fallen in love with him and thought that DOCCS had already found a home with them. “P-l-e-a-s-e, can he stay with us?” A home visit showed that the other dogs and the cat in the household accepted him, too. He settled in and became a friendly feline who loves to be stroked and cuddled.
Some months after DOCCS joined the family, the older pets passed away. His four-legged companions now include a Maine coon cat, Kylo Ren, and a 140-pound Great Dane, Artemis. DOCCS, who now weighs about eight pounds, enjoys snuggling up against Artemis, who is fine with that. Signs of his past remain. He has a limp and part of his tail is missing, but he is thriving on care and love. He definitely is an indoors cat, Christina reported. He wants to stay safe in the house. He’s had enough adventures.

Life lessons
“I really think it was meant to be,” Christina observed. For adults and children, she said, he is a beacon of joy. She adds that she has felt rescued by DOCCS as much as she rescued him. After a challenging day, it’s great to spend time with DOCCS and companions. Christina has found that the tale of DOCCS also has demonstrated some important life lessons for the kids to learn: “They’ve seen that when someone is abused or falls on hard times, it can take just one moment of your action to turn things around.”