Latest Articles
You are at:Home»Article»Step into Saratoga’s secret gardens 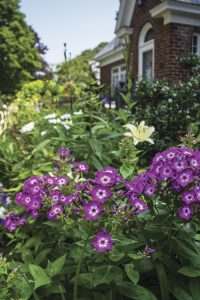 Each year, after the secret garden tour in Saratoga, the volunteer planners from Soroptimist International of Saratoga County (SISC) ask one question: “How are we going to put together an equally fantastic collection of gardens next year?” But it’s never a problem, thanks to the numerous and creative gardeners in Saratoga, comment Charlotte Gilet, incoming president, and Barbara Lombardo, garden committee co-chair.
That’s clear from the plans for the 22nd annual tour, scheduled for Sunday, July 10, 2016 from 11am to 5pm. It’s a special opportunity to explore and learn about those private gardens you’ve seen from the street, discover others, and get ideas for your own garden. More than 700 are expected to take the self-guided tour with map, directions and garden descriptions in hand. Volunteers will be on site at each location to greet visitors and discuss the surroundings. Visit the Soroptimist web site for information on purchasing tickets in advance for $20 on line or at any of four Cudney’s Dry Cleaners, Northshire Bookstore in Saratoga Springs or the Saratoga Heritage Area Visitor Center, or on the day of the event for $25 at the Visitor Center. www.soroptimistsaratoga.org/events/secret-garden-tour.
Who are Soroptimists and what’s the Saratoga connection? Established in 1921, it’s an international volunteer organization of 1,300 chapters dedicated to working to improve the lives of women and girls through programs leading to social and economic empowerment. The Saratoga organization, chartered in 1979, raises funds, mentors, educates and provides services for this purpose. The garden tour benefits its work to make a difference in the lives of women and girls in the Saratoga community. The all-volunteer SISC includes about 70 professional women and retirees who reside or work in Saratoga County.

Benefiting Project Hope and Power
This includes SISC’s signature Project Hope and Power, an educational program conducted in partnership with Wellspring, formerly named the Domestic Violence and Rape Crisis Services of Saratoga County. SISC members teach an eight-week skills course, presented several times annually, to guide victims of domestic violence toward financial independence. More than 400 women have participated in this program since its inception. SISC also provides grants each year to Saratoga area organizations for other projects that advance its mission of assisting women and girls. Monetary awards are presented to a woman who has made an impact and is an inspiration in this mission; a high school girl for volunteer leadership; and a woman head of household pursuing her college education in the face of adversity—“very gratifying,” comments Charlotte.
The gardens on the tour reflect different approaches, themes and plantings developed under different conditions. While some have professional services, many are created and cared for by the homeowners. They are “hotbeds” of ideas for visitors to apply in their own settings. Don’t have much space for gardening? Consider a collection of small gardens interspersed on the property. Is your land more asphalt and fill than soil? You can dig it out and replace it with something colorful that the birds, bees, butterflies and human beings will enjoy. Is your yard lacking in sunlight? There is a combination of trees, various types of hosta, and other shade-loving plantings that can create a soothing, beautiful environment. You’ll see on the tour that all this is possible and learn how the residents did it and what plantings, products and equipment they use to make the most of the space and their vision.
There also are gardens with numerous plants that incorporate water features, fire pits, and retaining walls as well as gardens developed like rooms. Others contain certain pots, statuary, birdhouses and other features that have come down through the family, having special meaning, or whimsies acquired while antiquing.
The gardens reflect the passion of the owners in creating the special spots. Tina Morris of Saratoga, whose gardens have been on the tour, comments, “The best part of being a featured garden is sharing your love and care for gardens with others!  Both times my garden was on the tour it was a wonderfully rewarding experience—like no other. I was also delighted to help support the important work of Saratoga Soroptimists.” 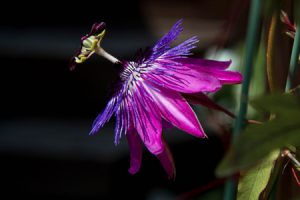 Discovering garden gems
SICS planners learn of garden gems for future tours through suggestions from its members, garden clubs, master gardeners and from event visitors. They also keep an eye out for new discoveries while driving around and sometimes stop and knock on a door to learn more. It’s kind of like a treasure hunt. “We look for the bones of a garden,” Barbara says.
The event has grown over the years not only in attendance but also in community involvement, including the addition of an honorary committee and area business participation through sponsorships and supporting activities. Charlotte and Barbara say that the event, usually held on the second Sunday in July, has become an annual to-do for many tour visitors, who, in turn, introduce new participants.
In late May, we followed the route to the various gardens. Soil was being refreshed and nurtured, pots and accessories were being brought out for the grow season and the plants were emerging from the ground, getting ready to be on display in July.